Can We Control The Use Of Our DNA?

“How can we control the use of our DNA?”

Daniel Uribe the co-founder and CEO of GenoBank.io was invited to discuss his work at The Irish Tech New Podcast next to Jilian Godsil, an award winning journalist, broadcaster and author. The aim of the Tech News Podcast is to cover innovation, startups, green tech, entrepreneurs, clean tech and tech with the mission to help our planet. 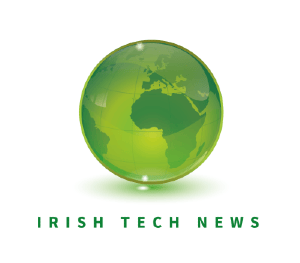 Uribe was able to display during the podcast the how driven and passionate he is for his work while explaining how his vision turned into an outstanding product which will help thousands of people.

First of all, Uribe points out how the diagnosis of his son with a rare blood disease called “Glanzmann thrombasthenia” which is a mutation in his 17th chromosome that is expressed as a deficiency of his platelets to produce clots. However, the way it was managed the DNA records of his son made Uribe feel very annoyed. The specialists only told him that “the test were covered by medical standards , HIPPA” although the raw data was unavailable. As a result, Daniel Uribe realized he wanted something better for his son and that is how GenoBank.io began.

In contrast with other competitors, Uribe believes very firmly that being a 100% transparent with the customers and allowing them to have exclusive access to their DNA information without going through a healthcare provider. He is against the companies who treat DNA raw data like a merchandise and are willing to sell it to profit from other industries.

Companies should ask for the customers authorization to share this type of sensitive information. GenoBank.io does not tokenize the data, they are just tokenizing the permissions. Therefore, “GenoBank.io is a network of permissions over bio samples that are in control of the users. So the clients can use the digital wallets can authorize or revoke an active token, which is given every time you have a relation with a third party”.

Moreover, Godson and Uribe discuss other uses are there for these tests. Uribe mentions how GenoBank.io have created a digital COVID-19 vaccination passport. This is crucial, especially for countries like Mexico (where Uribe was born), since is very common that just for 40 dollars, people can fake COVID-19 vaccination reports. Thanks to GenoBank.io, they can give out a digital signature in blockchain to the people who sign these certificated combined with GenoBank.io’s signature, in order to stamp the results in blockchain. After this, the certificate expires. Thus, the whole procedure avoids the certificates being counterfeit by anyone.

Finally, the podcast concludes with Daniel saying that he believes in the future companies should allow people to have full access to their bio samples and ensure they treat our data properly. The problem is that these companies use this data as financial products and can’t “afford” not to sell the information. However, they could have the decency to ask for permission to the customers who are trusting them.

Listen to the full podcast at https://irishtechnews.ie/can-we-control-the-use-of-our-dna

Get access to the latest insights, tips and trends in genetic research study